I’m excited to announce that LAI Video has received SEVEN Telly awards for our work in 2013. This is the highest number of Tellys that the program has received in a single year!

As we amass an arsenal of statuettes, it’s important to recognize the team’s tremendous work. Draft after draft, our editors and project managers perfect each video to strike a chord creatively and bring about a visual story that resonates with the client. From emotional live-action shoots to sophisticated motion graphics, the following seven videos best represent our current body of work from our very talented colleagues. 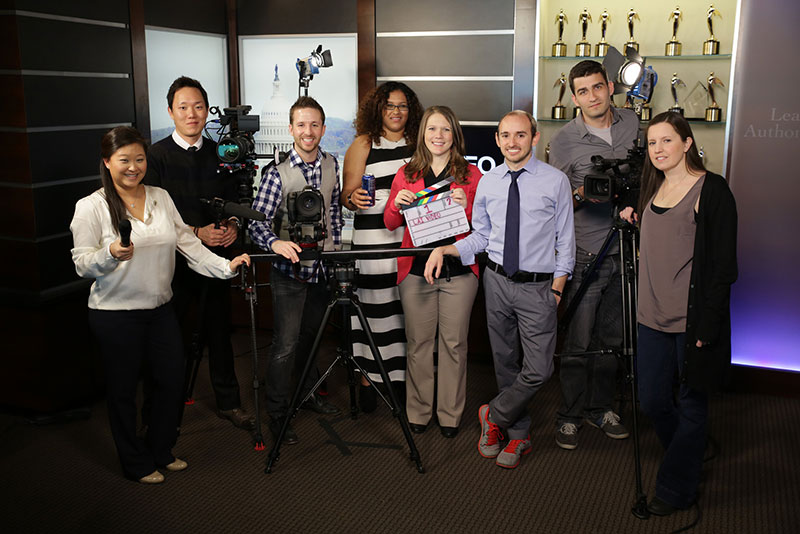 Tiffany tackled this centennial behemoth as one of her first projects. Packaging together historical imagery, voice over narration and interviews, this piece highlights the little-known short line industry with a powerful Ken Burns spotlight. With stunning videography by Favata and Rob, compelling soundbites by Tori, and a jaw-dropping BIG Show backdrop, this highlights video came together quickly and seamlessly on-site. Edited overnight in a hotel room, the recap is the ultimate love letter for the LAI-NRF partnership.

Public Relations
Day Made of Vinyl
The Vinyl Institute Becoming the flagship video for the “Material for Life” slogan, this piece allowed us to jump into the world of vinyl that we never knew existed. The video features strong visual direction from Favata and agile project management from Tori, who stuck with the ever-evolving project. With bold, white outlines and single-color elements, Favata created a cut-out type world that shows all forms of commercial real estate property as part of the same community. This video is our second adaptation of the NAIOP-released annual report and a worthy progression in our own video-making capabilities.

For the CohnReznick case study, we used a documentary-style approach to capture the origins and emotion of the Camillus House expansion. Operating with a crew of only three people, this piece is a tribute to our ability to develop a narrative quickly and organically. The video was also recognized for a Gold PEER award last fall. Tiffany reinterpreted clothes and shoes in this slick, sophisticated and fun motion graphics piece. While the video has been called an “infographic,” the final product speaks to a new identity for AAFA.