And when framing a “talking head,” our producers and cinematographers consider a variety of interview styles to bring out the best performances from participants:

The tried and true approach for capturing a candid conversation is the “off-camera.” With the interviewer sitting as close to the camera as possible, the subject almost makes eye contact with the camera. The viewers can feel as if they’re listening to a conversation unfold, rather than feeling as if they’re actively participating in it.

The interviewer is never revealed and, only when absolutely necessary, will you hear his or her voice ask a question. Instead, the burden is on the participant to provide responses with full context.

Check out LAI Video’s case study on mobile health, produced in partnership with the Dental Trade Alliance Foundation. It serves as a powerful example of a video that uses an off-camera approach to share a meaningful message. Offering a fascinating account about the strength of a dental health pilot program within the Lakota people’s culture, the participants tell their story to our [off-camera] producer, inviting viewers to listen to these conversations from a far away land.

A less traditional approach, this technique enables the interviewee to make direct eye with viewers, often positioning him or her within the center of the camera frame. Using surprisingly complex equipment, like an “interrotron,” or a makeshift, mirrored rig, this style can create the impression that the subject is speaking directly to the audience, delivering his or her message plainly and powerfully. While this level of intimacy may create discomfort, it is quickly becoming a mainstream approach for modern day documentary filmmaking. 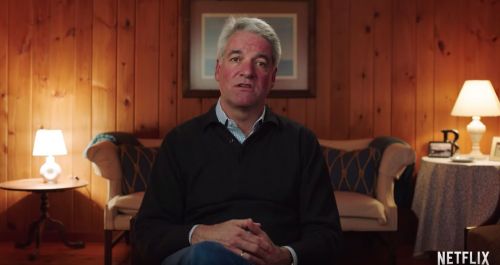 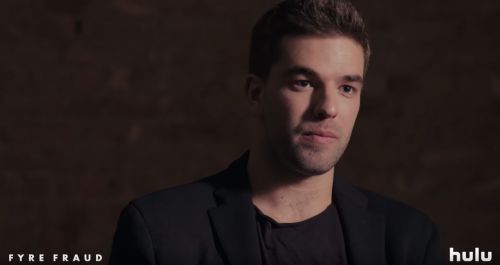 “The Hulu doc is more of a think piece. Both movies examine Fyre Festival, but Fyre Fraud has moments when it takes a step back and examines the cultural significance of the debacle….if you want a detailed behind-the-scenes glimpse of what led to the festival becoming a disaster, Netflix's Fyre is the one worth your time.”

Whereas Fyre Fraud’s off-camera interview style helps it to “take a step back” and provide analysis, Netflix’s Fyre beckons emotional intensity as the on-screen subjects directly address viewers, recounting events as they unfolded.

Our recent collaboration with DC Public Education Fund’s identity video, demonstrates the effective use of a direct-address interview style. As students talk about their hopes, dreams, and the incredible opportunities they have received, the video poignantly inspires audiences about the Fund’s important work.

Popularized by renowned news programs and talk shows that feature a strong host personality—like 60 Minutes, the Hollywood Reporter’s Roundtable series and The Chelsea Handler Show—this approach presents both the interviewer and interviewee on-camera. Enabling the audience to not only listen to, but actually watch the conversationalists interact with one another, this technique can make an interview feel more dynamic. However, filmmakers should use this approach cautiously. While many videos intentionally leverage a strong personality to make a piece more engaging, that individual may overpower the testimony of the interviewee, who is often just as, if not more, crucial to the story.

Check out LAI Video’s tribute to Danny Meyer, which we produced for Share Our Strength and its No Kid Hungry initiative. It exemplifies how this interview style can foster a highly memorable and engaging viewing experience. Rather than produce a standard biographical overview of Meyer’s remarkable career, our team chose to direct a group discussion about the culinary entrepreneur’s philanthropic feats. Featuring Share Our Strength’s Co-Founder, Debbie Shore, as the group moderator as well as some of best chef’s in the world, the video captures a profoundly human discussion—one that praises Danny’s belief that good cooking and good people (and good conversation!) can be a force for good in our communities.

Nicknamed the “Off-off-camera” approach (by us, just now), this technique hides both the interviewer and interviewee, positioning the participant’s story as pure narration. The imagery is largely left open for creative interpretation, allowing for the video to transport viewers directly into the story through cinematic techniques, including breathtaking b-roll, reenactments or animation. This approach usually works best when the interviewee is directed to be as visual as possible with his or her responses, using unexpected metaphors that remind viewers that this a natural conversation, not a perfected script.

Watch our A Dream of Safety video for the National Maintenance Agreements Policy Committee. We interviewed Emmitt Nelson, who took us back to the day when the first “zero injury” policy was implemented for union construction. We edited down the 88-year old’s account to be completely and expressively animated, emphasizing that this was not just a monumental part of an industry’s history, but it was also part of a man’s memory.

Watch our We Are WGR Spotlight, produced for Women in Government Relations. We featured Suzanne Swink, a woman driven to professional success by the support and inspiration of personal heroes. Suzanne’s remarks serve as narration that gracefully guides viewers through a montage of transportive visuals. While our interview and her testimony remain completely off-off-camera, low-angle, slow-motion footage position her as the power lobbyist that she is. The final cut emphasizes a story that is more than one woman’s experience; rather, it embodies the values of an entire organization.

Do you have an incredible story worth capturing in video? Let us help you identify the best approach for making something that’s more than just a “talking head.”

END_OF_DOCUMENT_TOKEN_TO_BE_REPLACED 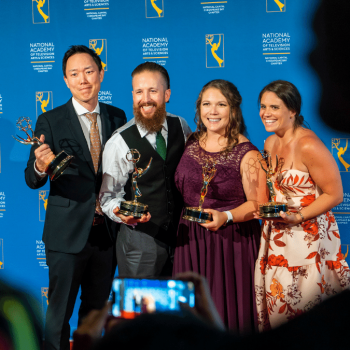 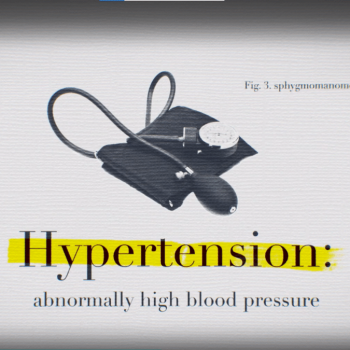 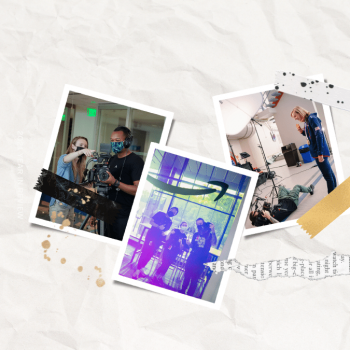 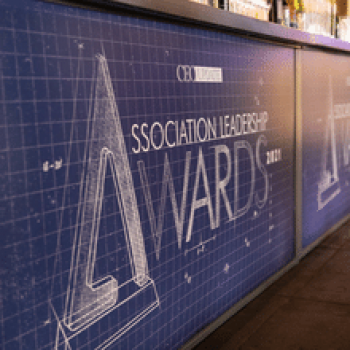